The general deployment process consists of several interrelated activities with possible transitions between them. These activities can occur at the producer side or at the consumer side or both. Because every software system is unique, the precise processes or procedures within each activity can hardly be defined. Therefore, deployment should be interpreted as a general process that has to be customized according to specific requirements or characteristics. Software deployment is all of the activities that make a software system available for use. Every software is unique in its functionality and use cases, so the process of deployment has to be customized according to the particular specifications and characteristics of that software.

Distributing software to all machines in a network can be a daunting task for IT Administrators, especially at large enterprises. With an ever-growing number of endpoints, it is becoming a real challenge to roll out software across organizations. Desktop Central allows you to distribute software packages and automate software deployment in all the computers across your network across Windows, Mac and Linux from a central console, without user intervention. 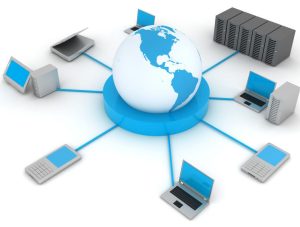 The release activity follows from the completed development process and is sometimes classified as part of the development process rather than deployment process. It includes all the operations to prepare a system for assembly and transfer to the computer system(s) on which it will be run in production. Therefore, it sometimes involves determining the resources required for the system to operate with tolerable performance and planning and/or documenting subsequent activities of the deployment process.

For simple systems, installation involves establishing some form of command, shortcut, script or service for executing the software (manually or automatically). For complex systems it may involve configuration of the system – possibly by asking the end user questions about its intended use, or directly asking them how they would like it to be configured – and/or making all the required subsystems ready to use. Activation is the activity of starting up the executable component of software for the first time (not to be confused with the common use of the term activation concerning a software license, which is a function of Digital Rights Management systems.)

The update process replaces an earlier version of all or part of a software system with a newer release. It commonly consists of deactivation followed by installation. On some systems, such as on Linux when using the system’s package manager, the old version of a software application is typically also uninstalled as an automatic part of the process. (This is because Linux package managers do not typically support installing multiple versions of a software application at the same time unless the software package has been specifically designed to work around this limitation.)

Version tracking systems help the user to find and install updates to software systems. For example: Software Catalog stores version and other information for each software package installed on a local system. One click of a button launches a browser window to the upgrade web page for the application, including auto-filling of the user name and password for sites that require a login. On Linux, Android and iOS this process is even easier because a standardized process for version tracking (for software packages installed in the officially supported way) is built into the operating system, so no separate login, download and execute steps are required – so the process can be configured to be fully automated. Some third-party software also supports automated version tracking and upgrading for certain Windows software packages.